Prof. Ashis K. Mukherjee, Director, IASST Guwahati has bagged the prestigious SFE Zandu Award 2022 for his remarkable contribution for the development of drugs for the treatment of snakebite and thrombosis-associated cardiovascular diseases from plants and other natural resources. This award constituted by the Emami, and Indian Conglomerate Company was conferred to him during the 9th International Congress of Society for Ethnopharmacology held during 22-24 April, 2022 at Mysuru, Karnatka. Snakebite is declared as a Tropical Neglected Disease by the World Health Organization and for more than 25 years Prof. Ashis K. Mukherjee has been pursuing research on pharmacological reassessment of medicinal plants used traditionally for the treatment of snakebite patients, but without scientific validation. He demonstrated the usefulness of several traditional medicinal plants, for example, the root of Mimosa pudica and Rauwolfia serpentina, and leaves of Azadirachta indica, as antidotes against snakebite envenoming. 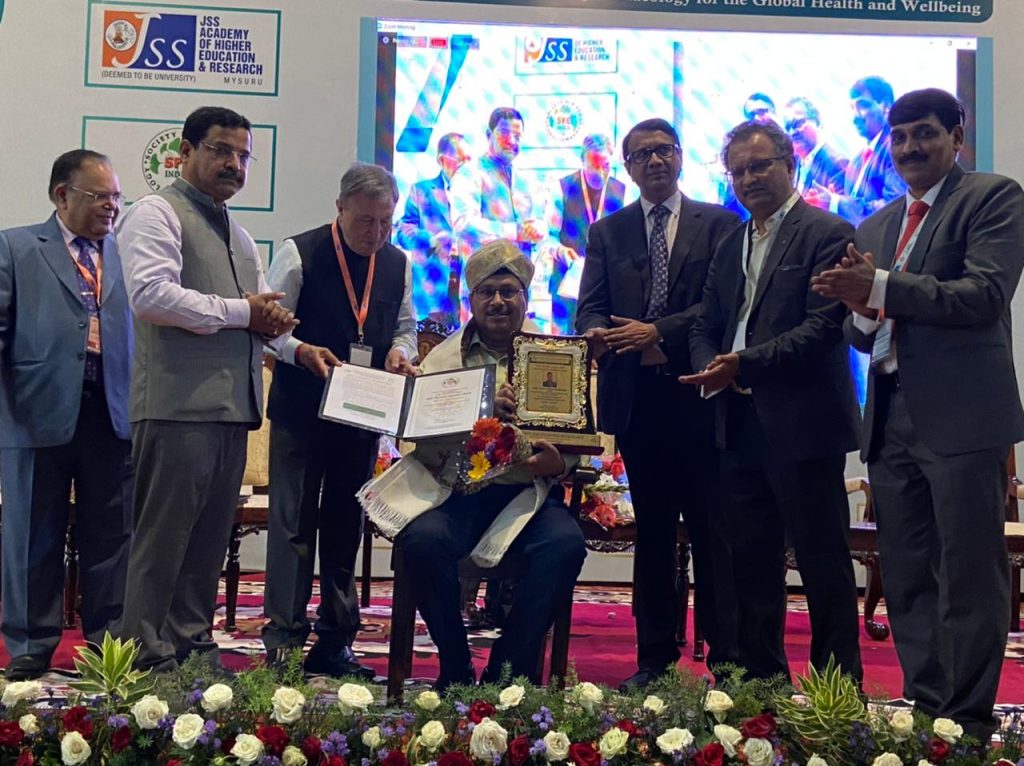 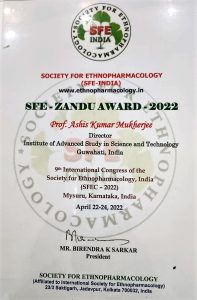 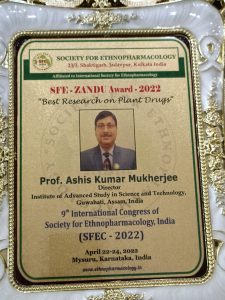